Getting financial bliss: How tuition fee hike made me a broke 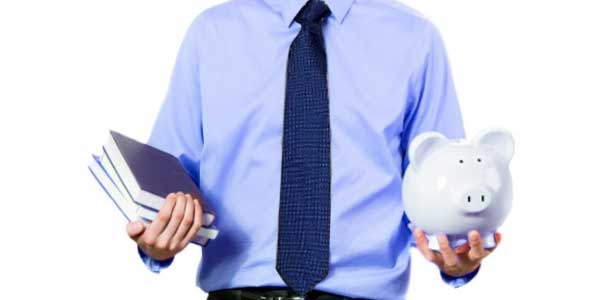 Increased tuition cost made it difficult for me to graduate out of college on time. Because of the dried-up public coffers and shortage of proper college funding, it became tough to get into class that I needed to earn my major. This forced me to stay in school for longer as I always wanted to complete my degree. With every passing semester, the Earth beneath got hotter as every next semester became costlier than the previous one and that too without any assurance of classes. Is this what we've been hailing as the positive learning environment, particularly when we are made to cough up more money for less number of classes, reduced access to financial resources or administrative support?

Yes, this bad it felt when I heard about another tuition fee hike expected to happen when I was already struggling to manage my studies, pay for college and most disgustingly - my credit card debt. All these happened at the same time and it was too overwhelming for me to manage.

All these wouldn't have been a problem had there been no other financial obligations to deal with. But, then I had to do something in order to straighten my finances up. First of all, I drew up a list of all the costs that I had to bear every month, both discretionary as well as non-discretionary ones. However, since my prime target was to get rid of debts and other financial constraints, I decided to resolve them first. I applied for Income-Based Repayment plan to pay off my remaining $12,500 outstanding education loan balance. And fortunately my application for the same was accepted.

Having secured an affordable monthly payment, I next traded my guns to pay back my credit card debt, as this was one of the most costly ones ever and were eating up lion’s share of whatever money I made through various odd jobs after college. While looking for a suitable way to repay my credit card balances, I chanced upon the debt settlement program offered by OVLG. I got in touch with them, went through their free counseling session and took some time off to decide whether to enroll into their program or not. Finally, I thought I should give it a try, as I can abandon the program whenever I wanted to. Basically, I had to rely on my plastics way too much because I had little liquid money left with me every month after having met all the college and other additional costs. So, I had limited options left to explore.

Here’s the scenario of my credit card debt:

Under such a grim situation, I was counseled by Van Cliburn, OVLG’s financial coach and he took charge of all my credit card debt problems from then on. The whole settlement process is a bit cumbersome, but all the hard work was worth it. As I was repeatedly falling back on my monthly payments, collection calls turned from bad to worse and it was affecting my studies and way of life.

A number of credit card debts was negotiated and settled successfully, while there are still some remaining to get resolved. However, I’m not backtracking on my commitment towards completing this program. The monthly payment amount that I’m making here is also affordable and even had the opportunity to save a couple of hundred dollars. This extra money was like a windfall to me and I could use that to make larger student loan debt repayments.

While in these two years I had to regularly make my payments to OVLG so that they could repay my creditors as per the debt settlement terms. This forced me to discipline myself and contain all the unnecessary, impulsive purchases I was making. Having gone through this program made me realize that credit cards are great financial tools but when misused they can bring in the worst nightmares in your life.

Gradually, I began to notice that everything was falling into their places as they were meant to be. But, all these didn’t come easy and I had to give up on a lot of things that seemed important to me. Still, I made it without some of them and instead, I can now make my both ends meet on the same budget, that was unthinkable even a couple of months back.