FTC puts a lock on deceiving debt dollectors from Mississippi 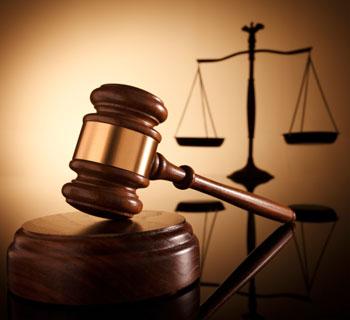 The Fair Debt Collection Practices Act (FDCPA) was implemented to bring an end to the unruly and unscrupulous debt collection tactics. Though it has comparatively reduced the collector harassments, it hasn’t been able to put a downright end to it. That’s mostly because, many of the US citizens aren’t aware of their rights under the FDCPA. The Federal Trade Commission (FTC) has therefore taken up the reigns in their hands to ensure that the guilty debt collectors are brought to justice.

Recently, the FTC alleged that a debt collection operation had been in effect since a long time and had been deceiving the consumers. The consumers were misled into paying unnecessary fees. The collection efforts also included false threats to the consumers, that unless they paid, the collectors would file lawsuit against them. The defendants – a debt buyer and a debt collection law firm – had been jointly involved in this form of deceptive activities. They have accepted the charges that Federal Trade Commission had brought against them, and agreed to pay nearly $800,000 in compensation.

The complaint involved Security Credit Services, LLC which used to buy consumer debt accounts nationwide and then assigned a law group to collect on them. Jacob Law Group, PLLC worked in collaboration with Security Credit since 2006, and handled the collection accounts. Both the parties are based in Mississippi. Records show that the accused parties had collected at least $799,958 in fees from consumers, since the year 2008, which they have to refund to the consumers as per the settlement with the FTC.

FTC alleged that the defendants had violated the FTC Act as well as the FDCPA. The FDCPA prohibits the debt collectors from misrepresenting the debt amount under [15 USC 1692e] and 807(2)(a). The collectors are also forbidden to add any extra fees that the original loan or credit agreement doesn’t permit under [15 USC 1692f] and 808(1). They can’t threaten to use violence at all as per [15 USC 1692d] and 806(1). They can’t even threaten to sue or file charges against a consumer, unless they actually have the intention to do it [15 USC 1692e] and 807(5).

Jacob Law Group used to charge the consumers with a fee for the payments authorized over phone. However, they conveniently failed to mention to the consumers that the extra charges could be avoided if the payments are made online or mailed to them. They intimidated the consumers into making the immediate payments through credit or debit card payments or by authorizing electronic checks over phone. Besides, the Law group also indicated that they would file lawsuits on the consumers if they denied payments, even though they did not intend to take legal action at that time.

The FTC had filed a complaint against the twin parties on March 13, 2013, with the U.S. District Court for Northern District of Georgia. Atlanta Division. As the parties have accepted the charges, the proposed consent decree has also been submitted to the court for approval.