Do you have to pay tax on the amount saved from debt settlement? 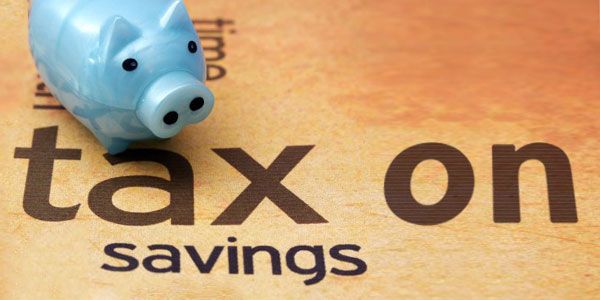 You may receive a 1099-C form, from your creditors or debt collectors, that reports Cancellation of Debt Income (CODI) to the Internal Revenue Service (IRS) months after settling your credit card debts.

Who informs the IRS that you have settled the debt?

Creditors and debt collectors are required by law to inform the (IRS) whenever debtors pay at least $600 less than the outstanding balance.

They have to file a 1099-C form with the IRS and send it to the debtor as well.

If your total outstanding balance on a credit card was $8000 and you paid only $3000 to settle the account, then the IRS will expect from you to include your canceled debts in your tax return.

The IRS will consider $5000 (the canceled debt which you didn’t repay) as your income.

Hence, you have to pay a tax on that amount.

Several debtors are still ignorant of the fact that they have to pay tax for settling debts. So, some of them just ignore or throw away the tax notices sent by creditors since debtors have already paid off their debts. Hardly do they know that they are at risk of tax audits, fines, and penalties.

If debtors don't agree with the amount of canceled debt reported on their 1099-C by their creditors, then the debtors can send a written intimidation with a deadline to respond to their request via certified mail. Debtors must be straight and precise in explaining their stance, and ask their creditors to withdraw the information or issue a rectified version of the same within a specified deadline.

If creditors don’t cooperate with the debtors, then debtors can inform the IRS about the same by filing IRS Form 8275, Disclosure Statement alongside their tax returns.

Form 8275 will provide them a window to have their say and give a detailed clarification regarding the disputed canceled debt reported on the 1099-C sent to them by their creditors. Debtors should inform the IRS why they shouldn’t be taxed on the reported debt along with a copy of their documents and proofs of delivery of their Emails.

Raising an alarm for an old debt

A 1099-C may hit debtors out of the blue if the debt listed in the form happens to be very old.

But, would that be a legitimate one to accept and pay tax, or should one raise an alarm to avoid paying any tax altogether?

This could be a Catch-22 situation, nevertheless.

As per IRS guidelines, creditors must file 1099-Cs when debts have been lying dormant for 3 years, and they haven’t made any attempt to collect the debts in the past year.

Regardless of the date when a creditor sends out 1099-C, the onus will be on the taxpayer to clarify to the IRS as to why the form shouldn’t have been submitted in that year.

Sadly, there’s no separate form to dispute such an activity of a creditor.

All a debtor can do is to sit with the IRS and explain to get the problem resolved.

To quote Stewart v. IRS (2012) and Kleber v. IRS (2011) tax cases, debtors can confidently cite them where the judgment was issued in the taxpayer’s favor.

As per IRS, creditors will have to file 1099-Cs for joint debts as well. A debtor will be held liable to pay tax on joint debts, only if he or she receives the 1099-C with full debt amount mentioned on it.

In case where joint credit accounts are granted huge cancellation of debt, then all the parties of the joint debt will be notified by the creditor separately, using 1099-C clearly mentioning the total canceled debt. But, a debtor isn’t required to report that entire canceled debt amount as income.

The canceled debt amount must be reported to the IRS based on the following factors:

How this problem can be solved

A lot of confusion could be eradicated if creditors and debt collection agencies inform debtors about tax implications of settling debts.

Sometimes, creditors send tax notices even before the debt is settled. It happens when the account is charged off and sold to debt buyers. It brings double trouble for debtors.

First, the account is charged-off. So, debtors are still responsible for the debts. Moreover, they are now liable for the tax on the supposedly forgiven debt.

What debtors can do in this situation

Debtors can ask for a clarification from the creditor. The debtors can also look at their credit reports to find out the outstanding debts. But this won’t matter much to the IRS. For them, the equation is simple. If a creditor files a 1099-C form, then IRS will check the tax return of the debtor.

When debtors can avoid paying tax on the debt forgiven

Debtors must work with their tax advisors to decide whether or not they can avoid or reduce the amount of canceled debt on which you have to pay taxes due to one of the following exceptions or exclusions:

Here are some of the exceptions or exclusions citing which could help a debtor work with a tax advisor to avoid or reduce the canceled debt amount before paying any taxes.

Canceled debt qualifying for an EXCLUSION a debtor’s gross Income:

Canceled Debt qualifying for an EXCEPTION to be included in a debtor’s gross income:

When qualified for an exception or exclusion, debtors must submit IRS Form 982, Reduction of Tax Attributes Due to Discharge of Indebtedness.

Who are considered as insolvent

You’ll be considered insolvent when your liabilities are more than the fair market value of assets at the time of settling accounts.

Your liabilities technically include:

In both the cases, debtors have to file IRS Form 982 to avoid paying the tax.

Please don’t ignore a 1099-C form since it is directly connected to your finances. If you get it, rush to the tax adviser. The IRS is an expert in tracking taxpayer’s income. So, if you have received a 1099-C form and ignored it, then remember that the IRS is already aware of it. They will catch up with you soon.