Debtor's prison is back! 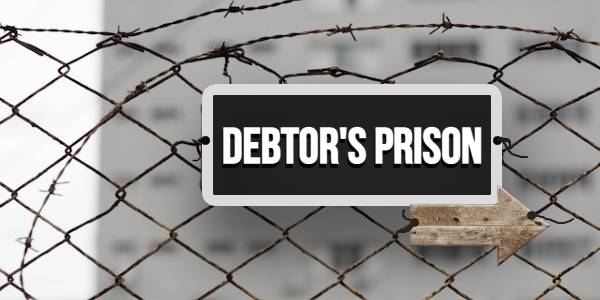 Most legal professionals and financial experts would reject the idea of debtor's prison. They might tell you that there is nothing called debtor's prison in today's America. But the idea of putting people behind the bars who can't repay their bills thrives and well in 21st-century America.

Wall Street Journal reports that debt collectors in Illinois, Missouri, Alabama and some states are making use of some legal loopholes and jailing poor Americans who obviously cannot pay their debts for legitimate reasons.

Here in the state of Missouri, jailing some individual for not paying back a loan is completely unconstitutional. But the cunning payday lenders are easily doing so by befooling the state legal machinery.

If we go on explaining - the creditor gets a judgment in a civil court against a debtor who hasn't paid his/her debts. After this, the debtor gets summoned to court for an “examination”, which is a review of his/her assets.

However, if the debtor fails to show up for the examination (that happens in most occasions) the creditor asks for a “body attachment” - precisely, a warrant for the debtor's arrest. After this, the police drag the debtor to jail until a court hearing takes place, or until he/she pays the bond.

Those who cannot pay

This practice, in addition to putting a massive hammer on poor people, turns courts and police as enforcers for private organizations – from payday lenders to health care service providers. Such a bizarre situation prompted Illinois legislators to pass a bill in July in order to protect vulnerable consumers from being hauled behind the bars due to unpaid debts. The Debtors' Rights Act of 2012 requires two “pay or appear” notices to be served before a debtor can be arrested, and moreover prevents creditors from asking for several examinations unless the debtor's financial state has greatly changed.

Many of the victims, who fell prey to such acts, were living on wages that they are legally entitled to and which cannot be taken for outstanding debt judgments such as Social Security, unemployment insurance, or veteran's benefits. In a specific case, an Illinois court brought a "pay or appear" order against an individual who was mentally disabled and was living on a disability of $690 a month. Though the court knew everything about the man, it ordered to pay $100 a month or appear in court once a month for a three-year period. This is absolutely inhuman and condemnable.