Debt collection via text - What is allowed and what's not 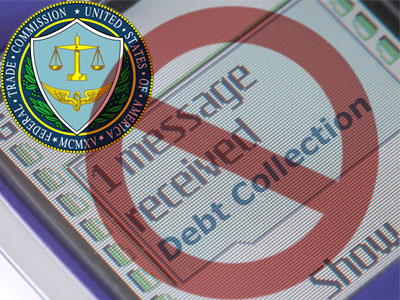 Have you been texted by a collection agency? Well, that's nothing new!
Is it bothering you too much or done without your consent? Now, that's something you can put a stop to!

The Federal Trade Commission recently announced that collectors would need prior express consent before they can text a consumer about his debts. This ruling hereby clarifies what goes by the definition of unfair collection practices and modifies the extent of the Fair Debt Collection Practices Act (FDCPA).

Earlier, communication with the debtors mostly involved phone calls, letters or e-mails. The FDCPA prohibited unfair collection attempts or harassment by imposing restrictions on them. But, with the growing popularity of text messaging (SMS), debt collectors also stepped up to stay in trend. Not only that, texting has its plus points too.

Why text messages are the new 'in-thing' with the debt collectors?

Debts come along with a sense of distress, especially if they're starting to turn into a burden for the consumer. The sense of guilt and foreboding is difficult to get rid of, unless you pay off your creditors.

The letters and the e-mails can act as reminders of what you might be carrying with you at all times, though unseen. For this reason, most consumers try to avoid opening their posts or the e-mails, if they find them to be from collectors.

Moreover, the collection calls can only be made during a specific time period in a day according to the FDCPA. Collection calls to landlines are often identified and thus, go unanswered.

Consequently, texts have been chosen to be an effective tool for communication by the debt collectors. The messages can be delivered to the debtors in seconds, and read almost instantly. The results are also accessible in real time, with the text records being saved and archived for future reference.

What made FTC draw the line?

Texting is nothing new though. Debt collection reminders via text messages have been continuing for quite a while. However, it wasn't clear whether or not it had any legal limitations till now. The FTC recently put forward a settlement specifying the limitations on a debt collector's use of text messages.

The FTC sat up and took notice when complaints were received against two debt collection firms – National Attorney Collection Services Inc., and National Collection Services LLC. The companies have been found to send 1.8 million text messages to consumers within 18 month time period. Both the companies are related and owned by same individual, Archie Donovan, and collect debts on the part of payday lending companies. $1 million fine was levied against them in late September, 2013 and the FTC drafted the settlement to supervise over the debt collection practices.

The messages were sent not only to the debtors, but also to other third parties including the relatives, friends and co-workers. Even people, who are in no way related to the debtors, received messages from the companies either because they shared common names or were re-assigned numbers which the debtor might have stopped using. Though not intentional, this was a violation of the FDCPA since it revealed the name of the debtor to third parties.

What does the FTC settlement specify?

The FTC settlement thereby specifies that debt collectors should provide disclosures to consumers before sending them SMS or text messages for collecting unpaid debts. The consumer should give explicit written consent so that the collectors can use mobile phone numbers provided to the original creditors. However, details about the disclosures, that the collection agencies are supposed to give to the debtors, are still vague.

The FTC settlement is positively a new development which extends the limits of the FDCPA. However, the FTC still needs to work with the Consumer Financial Protection Bureau (CFPB) to implement the regulatory practices and see to it that every debtors' privacy is secured.