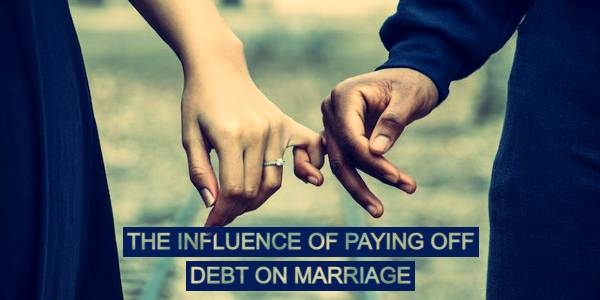 So now you’ve said “I do” and your fiancée is now your spouse. There’s only one storm cloud in your relationship, debt.

Either you or your spouse may have come into the marriage with a lot of unpaid student loans or credit card bills. Then there are the bills from the wedding and honeymoon that you and your spouse paid for.

Who is responsible for paying the bills is always an issue during a marriage, regardless of whether you’re newly married or have been married for years. There are as many ways to handle who pays the bills as there are couples, but if both know their rights under the law it can sometimes defuse a tense situation and save you from divorce.

Every state allows married or engaged couples to define who pays for what debts in a pre or post nuptial agreement. This can be a handy tool for any couple that wants to avoid problems when it comes time to pay the bills.

If you and your spouse think a post nuptial agreement would be a bad idea, there is still a way to avoid arguments about who should pay what bills. Each state has its own laws concerning who owns what debt, but in general state laws can be divided into community property states and common law or equitable distribution states.

In a community property state, any debts incurred before the marriage remain the obligations of the individual unless the now-married couple decides otherwise. Any debts incurred during marriage are the property of the couple as a whole regardless of whether both spouses signed the agreement, unless the couple decides otherwise. The sole exception to this rule occurs in Texas, which if there is a disagreement as to who owes on the debt rules on a case by case basis.

If one spouse gets into debt and the creditor begins collection actions or one spouse files for bankruptcy under Chapter 7, the creditor/trustee can seize both spouse’s marital property and income in order to pay off the debts. However, the advantages to this are that the debts get paid off faster, and in the case of Chapter 7 both spouses’ eligible community debts will be released.

The only way to get around a community property state’s joint property laws is to sign a pre-or-post-nuptial agreement. Each state has slightly different rules concerning what a pre/post nuptial agreement can and cannot cover, and to be sure that any agreement will stand up in court each party should consult their own lawyer. Any couple can visit a lawyer together to draft an agreement, but due to the rules governing lawyers in every state regarding conflict of interest, it is always best if each spouse/soon-to-be spouses consults their own lawyer.

Every state not mentioned above, is a common law state. In a common law state, unless the debt is for any purchase that benefits the family as a whole, such as food, housing, and other essential household items or both spouses agree to be responsible for the debt, only one spouse is liable for it. For example, if a wife takes out a payday loan then unless her husband co-signed the agreement, only the wife is liable for it.