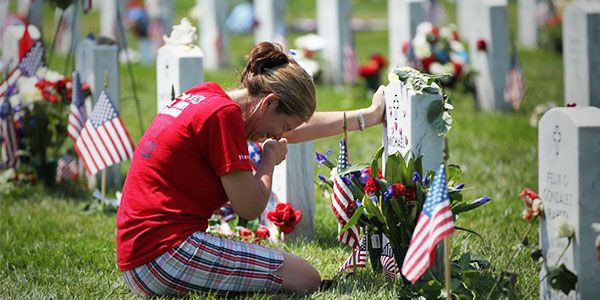 Americans are leaving insurmountable amount of debt for their posterity. It’s become a norm in this millenia. Recently, Experian, one of the leading credit bureaus of the country, said that over 70% consumers carry a debt or the other while they’re in the death bed.

Interestingly, the debt amount left behind by the dying is not a meagre one. Rather, the total debt owed by the dead is on an average $61,554. If mortgage debt is excluded from the total debt, the remaining loan balance will still be around $12,875.

Out of all the people who died with indebtedness, around 70% of them had outstanding credit card balances. These people also had car loan, college debt as well as other costs added to their names. For instance, average American student loan debt stands at $25,391.

Most of these debts aren’t cancelled or forgiven when these debtors die, instead, their heirs or relatives are made to foot the bill.

Financial experts say that debts are always attributed to the deceased person. Or else, it is put on the deceased’s estate.

After having to share their deceased relative’s debt burden, these Americans have their own debts to manage. Here’s a sneak preview of the average American indebtedness, as reported by the Bloomberg in December 2016:

Americans can pay off their debts with ease by taking advantage of some kind of debt relief options to become financially stable and save money for their golden days. Doing so will also help them to prevent wrecking the financial health of their heirs, spouses or relatives.

According to Dave Ramsey of the debt snowball fame, it’s always preferable to pay off the highest-interest debt first. The single biggest reason for choosing such a debt repayment strategy is that it’ll save the most dollars for the debtor. However, Americans can choose a more important factor to repay their debts and that is to stay motivated while making the debt payments. In that case, they can start by paying off the smallest debt first and pay off one by one as they go higher up the debt ladder.