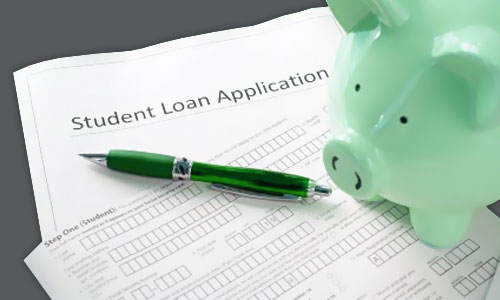 The way student loans have been costing the U.S. economy, it was time the federal government to do something about it. Now, that they have decided and imposed new mandates, the consumers must be made aware about the alterations so that they can get a solid footing. Check out the changes in the federal loan program, which are going to affect the students in the near future.

What the new mandates come up with?

The latest changes in the federal student loan program will affect those consumers who’re planning to take out new loans to further their education, as well as those existing debtors who will be starting off with their repayment.

The following pointers will explain about those in details:

The subsidized Stafford Loans has raised the interest rates from 3.4% to 6.8 %, on and from July 1. Thus, the new federally sponsored Stafford loans, allowed to the needy students, will be cost more in the future. However, the new rates are applicable only on the future loans. The ongoing or the outstanding loans can thus escape the clutches of this provision. Besides, the increased rate will not necessarily be too hard on the pocket. Even with the maximum amount, i.e. $23,000, allowed under the subsidized Stafford loans to the undergraduates, the monthly payment would increase merely by around $40. The graduates will not be allowed the subsidized Stafford loans, with effect from 1 July, 2012. They’ll lose out on the in-school deferral that were allowed for the interests on those loans. Though, the unsubsidized loans will be allowed as usual with the 6.8% fixed rate, the interests on them will be charged with immediate effect, and the delay for repayment will also not be permitted. Interests are charged on the subsidized Stafford loans, even before the students leave school. However, the interest payments used to be deferred for the new graduates, whereby, they were allowed a six-months gap before they had to start with the repayment. From now onwards, the deferment won’t be allowed anymore for the subsidized student loans. The new pass-outs will have to start paying the interests as soon as they step out in the job scenario. This provision is applicable on the loans issued between 1 July, 2012 and 1 July, 2014. After the specified time period, the grace period will presumably come into effect once again. The silver lining is that the new rules will make the student loan repayment easier. The Pay As You Earn or the income-based repayment options will go into effect, but with a reduced percentage of income that the consumer has to pay. The borrowers will have to pay 10% of their income instead of 15%, over a stretch of 20 years (which had earlier been 25). Any dues after the scheduled arrangements will be forgiven. However, this is only available for the Direct Loans taken out after 30 September, 2007 and if you have at least received a single payment after 30 September, 2011. The graduate and the parents could use the PLUS loans to their advantage. However, eligibility for the PLUS loans is determined through underwriting process. The new regulations have tightened the strings on underwriting procedure for the PLUS loans, thereby making it difficult to avail of, in the future. Individuals with negative credit history, bankruptcy or missed payments, collection accounts, charge-offs etc. will be denied federal aid through PLUS.

The outstanding student debt levels and the relative interest rates had been affecting the economic growth of the nation since a long time. The new mandates rose out of the concern that the Federal Reserve and Treasury Department had about the issue. Well, the impact of the changes will only be revealed with time.