9 US cities where consumers have successfully cut their debts 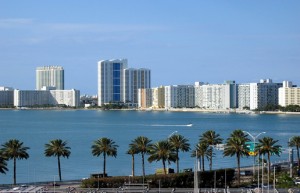 Did you know the cites in America that have been trying hard to do the toughest trade? The trade of cutting down their credit card debts? The consumers in the states, where recession did hit most badly, have been trying their best to bring down their credit card usages and the outstanding balances. Below find a list of the top 9 cities, those have successfully reduced their credit card debts. As per latest data from the credit reporting bureau Equifax, in recent years, nearly 60% of the 100 metropolitan cities that used to carry the most credit card debt, have significantly reduced their average balances. The majority of the drops have been observed in states hit hardest by the recession. For instance, Louisiana, Washington, California, and Florida. Trey Loughran, president of Equifax’s personal solutions business, says, “It is interesting that [areas] from some of the states hardest hit by the recession showed some of the biggest reductions in credit card debt.” “This suggests that consumers from these hardest hit areas have been especially cautious in their spending and diligent in paying down their credit card debt,” he added. Port St. Lucie saw the biggest drop in debt amounts as a percentage of income nationally, while Ocala, Florida managed to grab the very next place. Below is the list! 1. FL: Port St. Lucie - 23.59% 2. FL: Ocala, FL - 20.97% 3. WA: Bremerton-Silverdale - 20.62% 4. LA: Shreveport-Bossier City - 20.10% 5. CA: Bakersfield-Delano - 19.05% 6. FL: Northport-Bradenton-Sarasota - 18.44% 7. FL: Tampa-St. Petersburg-Clearwater - 18.43% 8. FL: Lakeland-Winter Haven - 18.32% 9. CA: Salinas, CA - 17.85% Since the fourth quarter of 2010, credit card debt has been falling, a trend that lasted till the end of last year. However, before that trend in 2010, consumers owed around 17% of their income in credit card debt. American households still owe more than $800 billion to those lenders, but it’s much better than the all time high of $12.4 trillion observed in October 2008. However, in general, consumers are now feeling better about their finances since the recent recession and the following credit card debt dilemma had badly overwhelmed their financial lives. One positive thing is that now many lenders are softening borrowing rules for subprime borrowers, who were compelled to strict the lending standards after the recession. Can’t see your city on the list. Start cutting your credit card debts without any further delay and maybe the next time you’ll take your city to the top of the list!
Need debt help? Call: (800)-530-OVLG / Know your options »
Related Articles