11 Questions you should ask your ageing parents about their finances 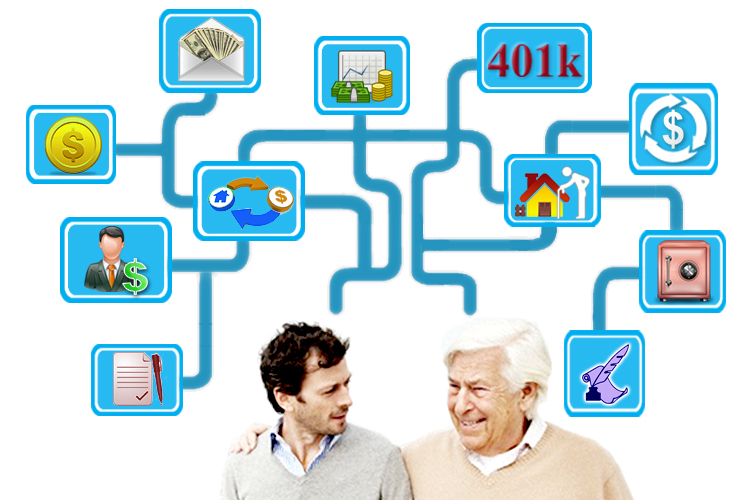 As per a recent survey by the National Endowment for Financial Education, 7 among 10 adults say they face difficulty and hesitation while talking to their families about who will be responsible for making financial decisions on behalf of an aging parent who fails to handle his money. In fact in 2012,a survey conducted by the Ameriprise Financial group revealed that two-thirds of adult children rarely heard their parents talking about money. Yes, it's certainly one of those stiff and clumsy conversations that no one prepares for. Nevertheless, when it comes to handling your aging parents' finances, this shouldn't be put off.

Questions to ask your aging parents and beat the communication gap

1.What is your financial plan?

One of the key reasons parents seldom or never talk to their kids about their future financial planning is because of the fear of losing their financial independence. As Mauterstock says, "For older people, one of the most important things is to retain control of their lives?" They hate to end up with their kids directing them where they're going to live and what they're going to do. If you allow your parents to prepare their last plan themselves - from retiring to moving to a new place after retirement - you can reassure them that they are still in charge of their financial decisions. Just make sure you stay informed about their plan.

2. Is there a will or a living trust?

Most of us are pretty familiar with horror stories about families squabbling over properties and assets left behind by their deceased family members. Talking about a will is indeed a tough topic to discuss with your aging parent as it may present the reality of dying. However, even though it might be crucial, assisting your aging parents in writing a will and getting it validated will save you and your family members from unnecessary stress when it comes to determining the fate of an asset or the money that they leave behind.

Some parents don't share their financial information with their children willingly. However as the son/daughter of an aging parent, it's important for you to know where they bank, which accounts are still open and how to access these accounts when your parents can't. The debts or the unpaid bills that your parents leave behind is yet another topic to be covered. As per the Federal Reserve, you're not liable to pay off those debts unless you've co-signed a loan or hold a joint credit card. By accessing the current financial situation of your parents, both you and your parents can plan for their future years duly.

4. Where do I find your important financial documents?

Whenever a parent falls ill or expires, the immediate issue that an offspring faces is spending hours hunting for bank account numbers and insurance documents. That is why it's significant to keep a list of all your parents' financial documents, certificates and testimonials in a safe place. These may include bank accounts, investment and retirement (401k) accounts, insurance policy numbers, wills, stock or bond certificates, documents of tax returns, details of the lawyers, accountants, and financial planners. Pull out their medical histories and request them to fill out HIPAA-compliant authorization forms for immediate release of medical information and care.

5. Where's your safe box and where's the place to keep the key?

Well, this is a pretty emotional issue for an adult to deal with his aging parent but at the same time it is imperative to find out where they keep their safe box, how you may access it and what's inside it. There are lot of parents who hide their will within a safe box as they consider it to be the safest place, but this isn't the best place to keep a will! The heir of the deceased parent will actually require a court order to reclaim the contents of the box if the holder dies. To avoid all such issues, ensure that the box is jointly owned by you and a surviving parent.

6. What are your retirement benefit plans?

Your aging parents might be dear to you but health care for seniors might have a dear impact on your wallet, depending on their health conditions. It's therefore best to understand your aging parents' insurance coverage and retirement benefits. In case one of your parents has a long-term chronic illness, you immediately require checking his insurance policies and the coverage so that they're not excluded in anyway. You don't need to discuss in depth about the payout of the insurance policies but you need to be sure that it exists and who the beneficiaries are.

7. Would you like to take out a reverse mortgage?

As seniors, your parents must be aware of the option of reverse mortgages and how people above the age of 62 can apply for such a loan in order to ward off financial difficulties and bring in extra dollars. If your parents own their home and have accumulated enough equity in their property, this might be a worthy option for them. Taking out a reverse mortgage can ease debt repayment and offset unanticipated medical costs.

8. Whom did you designate as your Power of Attorney?

The Power of Attorney is that person who is legally capable of making decisions on behalf of your parents, once they become impaired. As the definition suggests, it is well understood that it's an important position to nominate as he/she will exercise control over your parents' finances. Ensure discussing with your parents about who will play the role of making payments and writing checks on their behalf when they can't. Once you come to know the name of the Power of Attorney, get it in writing and notary so that it can be legally counted upon.

9. Do you have cash, jewelry any other valuable items hidden inside your house?

A number of our aging parents have grown up during the economic depression and hence they might have been used to the idea of piling their valuables either in a special hiding place in their home or under the mattress. It is a rather common instance that these items might get lost or found as a sudden "treasure" by the heir of the property. Try to be informed about this beforehand.

10. Where do you wish to live after retirement?

According to Employee Benefit Research Institute, on average, a jaw-dropping 40%-45% of elderly Americans' budgets go towards residential expenses thus making it the top spending category for seniors. So if your parents want to make the most out of their retirement capital, they need to figure out where they want to and can afford to live after their retirement. In their own home? In a retirement community? Or are they prepared for assisted living? According to reports by Family Care Giver, there were 65.9 million unpaid caregivers in November, 2012. If you plan on being the caregiver for your parents, you can watch out for programs that will pay you to do so.

11. How does your financial advisor manage your investments and savings?

Remember that it is not only important for you to manage your parent's investments but also understand the values and desires of your parents regarding the distribution of assets. You might be surprised by what you come to know from the discussions that you have with them about the legacy that they wish to leave behind.

The way you tackle an initial conversation on finances with your aging parents depends on family dynamics. You're the one who knows your siblings and parents more than anyone, so you should think about their reaction when you raise a flag against a financial issue in a meeting. The best thing to do is to communicate with your parents sooner than later. Who would want to raise such controversial topics in the midst of a crisis?